Home›Pets›What Is The Logic Behind The Good Animal Names? Here’s the Answer!
Pets

What Is The Logic Behind The Good Animal Names? Here’s the Answer! 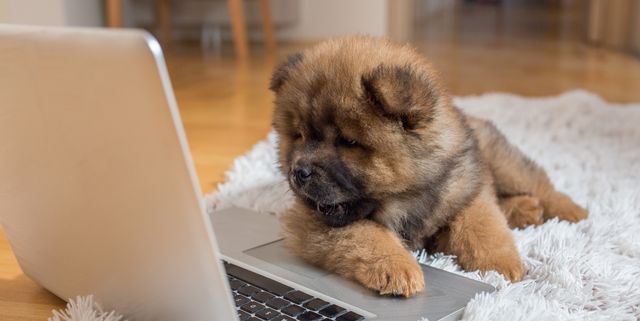 Did you ever wonder why some pet owners give certain names to their pets? Just like there is a reason behind giving a name to a human being, there is a psychology behind using funny animal names for one’s pets. So here are some psychological reasons behind the good animal names! Let us discuss its importance.
Pop culture: Pop culture affects pet names more than one’s imagination. The hit TV series’ favourite characters’ names are usually given to the pets by their fans. For example, when the TV series Modern Family became a hit with the audience, a steady rise in the pets being named Stella was observed. The names also reflect cultural trends. For example, the 1960s’ counter-culture led to popular pet names such as peace, flower etc.

Sometimes, popular people in the news or those who create a buzz in the media serve as the inspiration for the pet names. For example, the name Pippa became popular after Pippa Middleton became the media’s favourite post of her sister, Kate Middleton’s marriage into the illustrious British family.
People names: For most pet owners, their pets are as important as their family members. Therefore, they give their pets people names to make that relationship as official as possible. Some of the people names given to the pets are Charlie, Bruno, Daisy, Molly etc. This sea change in the pet-naming was observed in the last five to ten years as people grew closer to their furry friends and didn’t want to see them as mere animals.
Twinning or Tripling: Several people are now taking in two pets simultaneously, just like a family having twin or triplets. So, there is an increase in the pair names as well, such as Goofus and Gallant.
These were some of the popular trends that influence animal naming, but it still doesn’t help one give unique names to one’s pets. So here are some easy tips that will help one give a unique name to one’s pets.
Personality traits: What’s your favourite book, movie, play, musician, music, TV series, vacation etc.? Answers to these questions can give you a unique name for your beloved pet. Or you can try name generator sites where they generate names based on the personality traits of the animal.
Movie or TV series: As mentioned before, these two sources can give a brilliant name for one’s pets. Make your pet stand apart in the crowd with a quirky name! The names additionally reflect social patterns. For instance, the 1960s’ nonconformity prompted famous pet names like harmony, blossom and so forth. Once in a while, well-known individuals in the news or the individuals who make a buzz in the media fill in as the motivation for the pet names. For instance, the name Pippa got mainstream after Pippa Middleton turned into the media’s post of her sister, Kate Middleton’s marriage into a renowned British family.
Follow these tips and get a great name for your furry friend!

All About Digital Marketing Strategies